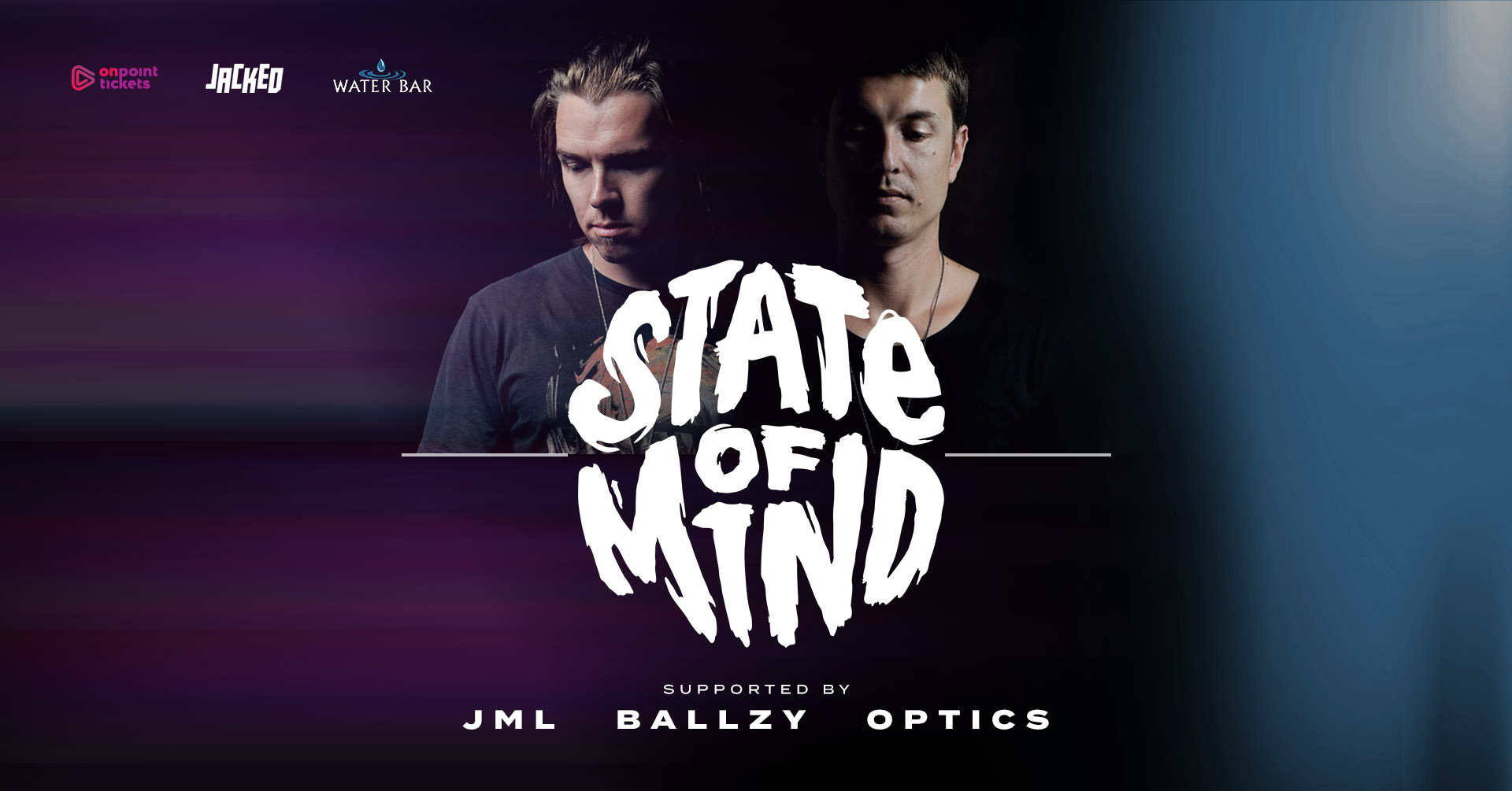 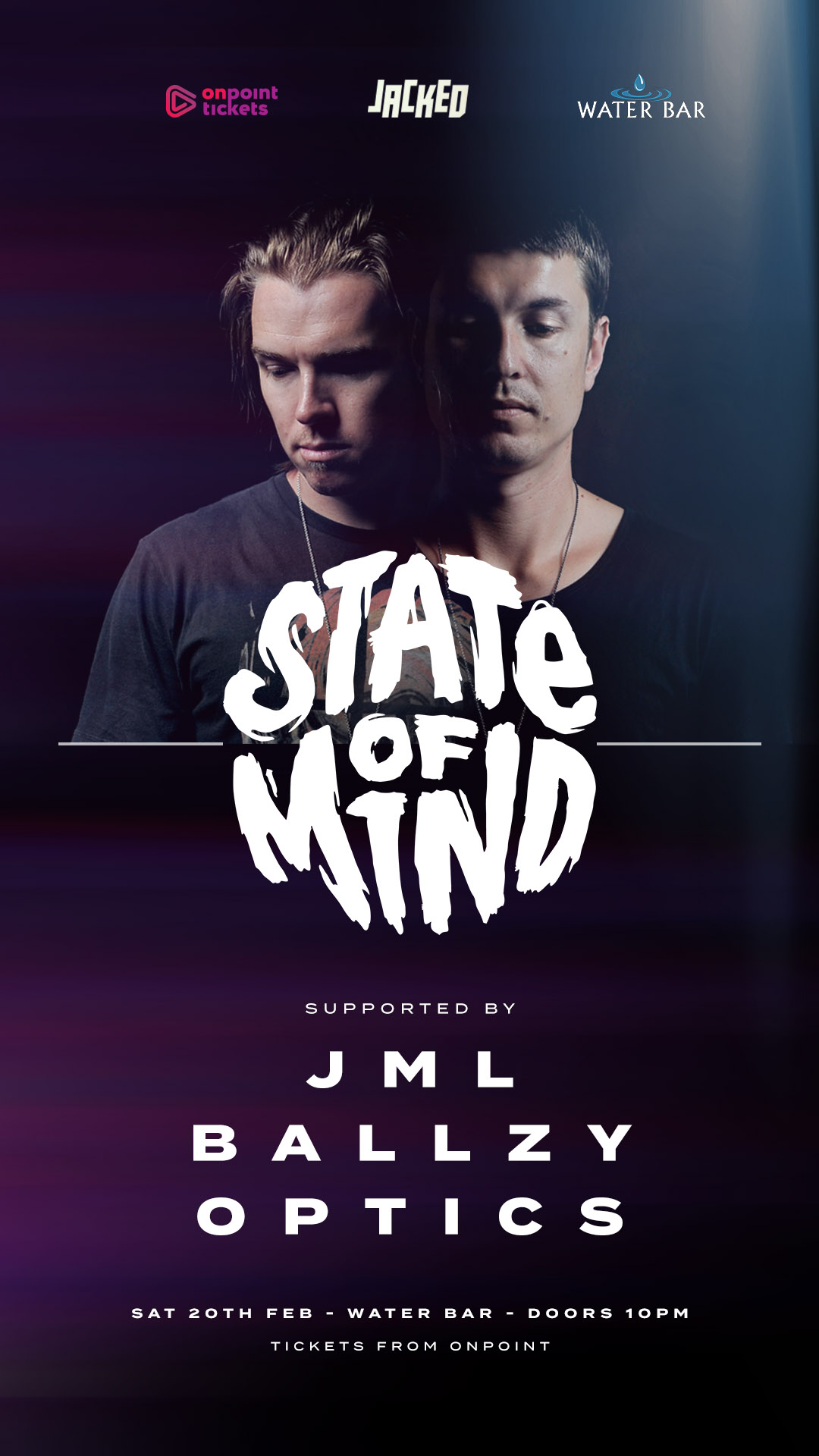 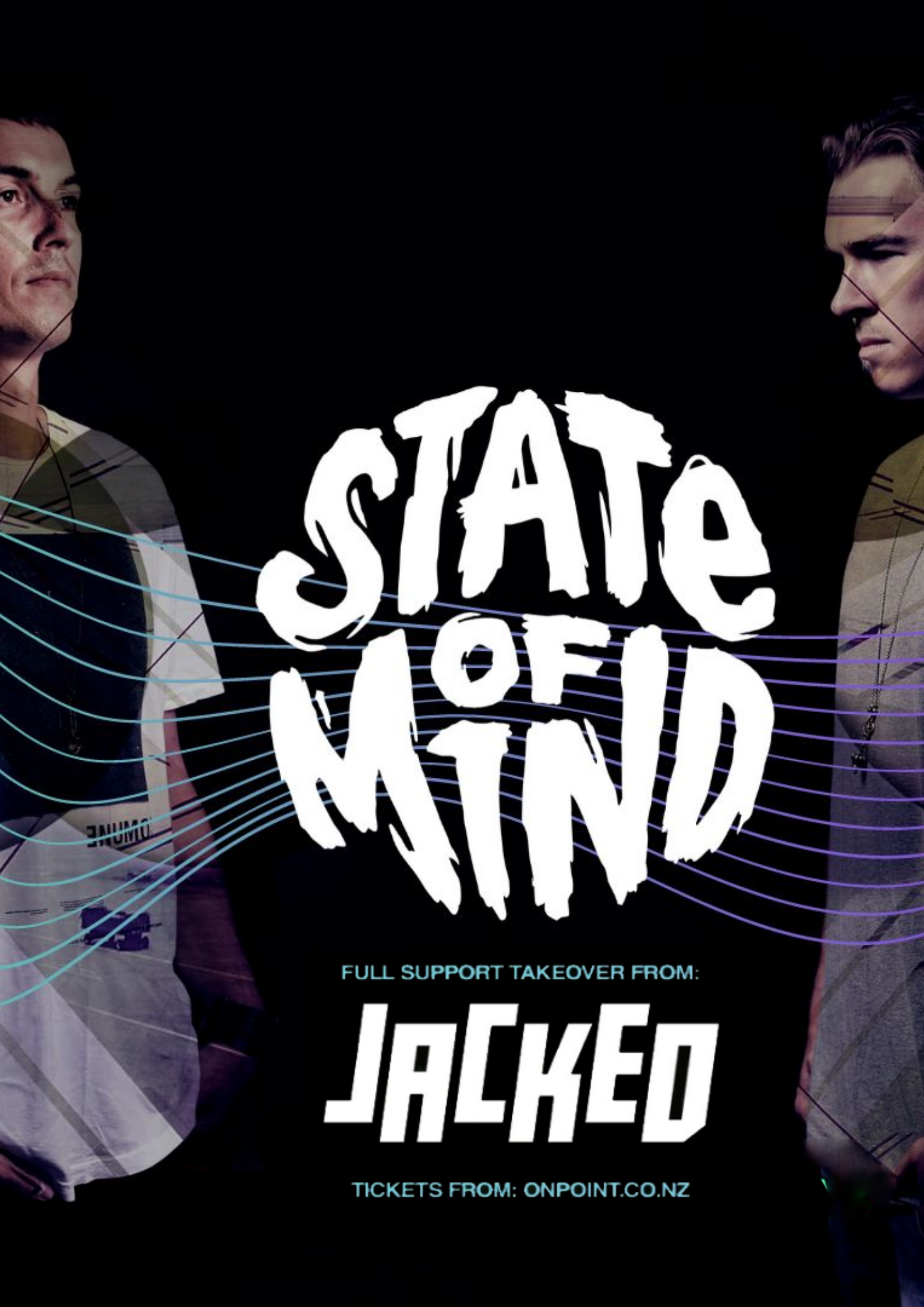 We are very excited and pleased to announce the return of STATE OF MIND!!! These guys never fail to disappoint when they grace our stage and they are NOT TO BE MISSED!

Hailing from Auckland, New Zealand, State of Mind are the duo of Stu Maxwell and Patrick Hawkins. Formed in 2004 they, have released 4 studio albums, 1 live album and dozens of singles and EP’s. Their 2014 LP ‘Eat the Rich’ won the Drum & Bass Arena album of the year. 2018 is set to see the release of their 5th album, ‘Land of the Blind’.
The list of labels worked with reads like a who’s who of drum and bass. It includes Blackout, Eatbrain, BSE Recordings, Universal Records, Uprising, Shogun, Project 51, Viper, Subtitles, Eatbrain, FATE, Citrus, Bad Company, 31 Records, CIA and more. State of Mind are now signed exclusively to Black Sun Empire's flagship 'Blackout' label.
State of Mind are well known as the former hosts of the hugely popular ‘Next Level” 95BFM drum n bass show.

Your ticket will be emailed to the address you have entered & also available for download from your account. If for any reason you do not receive your ticket please contact us . All event information will be on your ticket. All tickets are non refundable. Please have your ticket printed out or on your phone ready to be scanned at the door. Any issues or concerns please contact us on our contact page or phone: 04 282 1086.